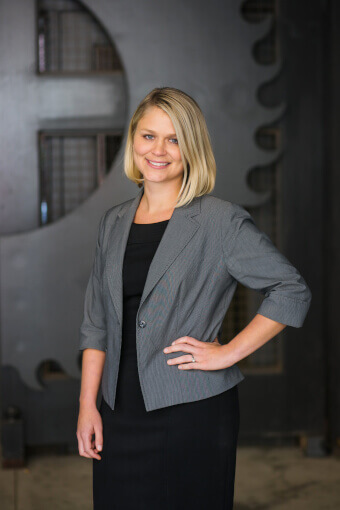 563.557.8400
Send Email
McKenzie R. Blau was born in Clinton, Iowa, but lived in Iowa City for the majority of her childhood. She graduated from the University of Iowa with distinction in 2009 with a Bachelor of Arts degree in Political Science and a Pre-Law Certificate. While at Iowa, McKenzie was a member of the Honors Program, was on the Dean’s List all semesters and served as Community Service Chair in her sorority. In 2012, McKenzie received her Juris Doctorate with high honors from the Drake University Law School where she was a student attorney at the Drake Legal Clinic, and intern for the Honorable Anita L. Shodeen at United States Bankruptcy Court in the Southern District of Iowa, a research assistant to the former Dean of Drake University Law School, David S. Walker and was awarded the CALI Award for the Highest Grade in Insurance Law. Upon graduating from law school, McKenzie was elected to membership in the Order of the Coif. She joined the firm in August, 2012 and is licensed in Iowa and Illinois. McKenzie’s general practice includes, but is not limited to, business law, corporate law, bankruptcy, appellate practice, labor and employment, and real estate.